And my spirit hath rejoiced in God my Savior. For he hath regarded the low estate of his handmaiden: for, behold, from henceforth all generations shall call me blessed. 1 Luke 47-48

Mary, the mother of Christ is unique among all women in her divine role in giving birth to the Messiah. Her story is fascinating, regardless of whether we are Catholic, Muslim, or LDS. And yet, for the countless pages that have been written about her, we still know so little about Mary, the person, & Mary, the Mother of God.

Here are just a few things gleamed from her story:

… A Beehive in Israel

Young women ages 12-17 in the LDS church are organized into three distinct groups: Beehives (ages 12-13), Mia Maids (14-15), and Laurels (16-18). Why the distinction? The person that we call Mary was probably little more than a Beehive when she learned that she was to give birth to the Savior.

We are not talking about a young woman just graduating from high school … but a Beehive. (Interestingly, a 14 year old boy named Joseph Smith was similarly entrusted with a great mission.)

During that period women in Judea were typically betrothed at age 12, married at age 13, i.e., the age of a Beehive. The perspective helps us appreciate in some small way the esteem to which Mary must have been held, her very character, & integrity. She was selected as a young woman of Beehive age, above all other women ever born, for this important event. For all the credit Eve may have ever received as being the ‘first,’ her mission would not carry with it the weight that Mary’s would.

It also reminds us of the respect that we should treat all youth with — for in those Young Women lay the mother of the Savior, in another perhaps a potential prophet, or maybe a wonderful companion. I remember well the harsh words of a self important high priest as he bragged how he put a young lady in her place. I wonder if he would feel the same if it had been Mary that he spoke with?

Challenges: those of youth, the role of women in ancient Judea (read that near slavery), no elementary school with free lunches, etc. But for whatever she endured, she rose above all of the injustice/embarrassment including the appearance of having a child while unmarried, being completely vulnerable to an unmerciful system in which women who committed adultery could be executed, sold as slaves, …along with the day to day hardships of disease, wars, invading Romans (OK, occupying Romans), and periodic famine/food shortages.

No, she rose above her surroundings and while I wasn’t physically present, the descriptions of her all recount a person of quiet dignity. Her response to a 12 year old in the temple, the wedding feast in Cana, all testify of divine attributes — a woman of virtue who knew no guile, a vessel that could bear and teach the Lord that which he would need to know.

Although the Savior was taught from on high in ways that are not yet revealed we also can be sure that a mother’s care was just as relevant then as perhaps it is today. The hours spent as a toddler at her side, as a ‘elementary age’ youth, trained and able to read and write scripture to the point of astonishing the Priests.

It’s not surprising that the Savior could read and write, and probably learned this either from his parents or from Mary’s cousins Elizabeth & Zechariah. The latter, Zachariah, as a Priest would certainly have known how to write and quite probably had a role in training the Messiah. (Everything within me tells me that John & Jesus knew each other long before his baptism.)

Although we may be getting a little ahead of our story, five character traits of Mary do stand out — ones that she displayed through out her life:

Mary, the Mother of Jesus

The Video, produced by the Church of Jesus Christ of Latter Day Saints, reflects the quiet devotion and strength of Mary. Worth viewing. 2:21

© 2019 by James Spruell All rights reserved 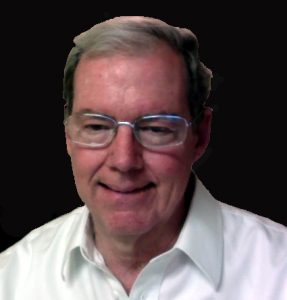